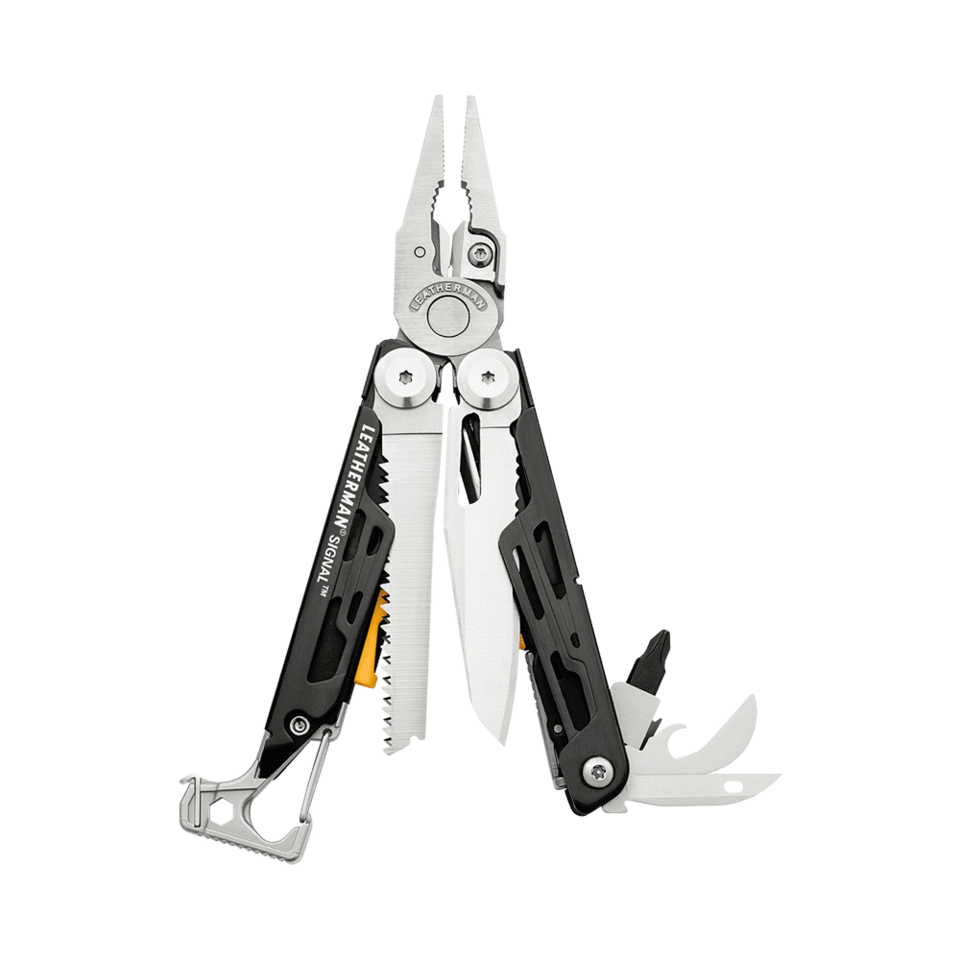 Built to Survive! Featuring a Ferro rod for building fires, an emergency whistle and 17 other essential tools, the Signal is the first of its kind.
Lose yourself in the outdoors. In the all-new Signal, Leatherman’s traditional functional tools like pliers, saw, can and bottle opener, awl, a variety of hex and Leatherman bit drivers, and combo knife blade pair with new preparedness features like a shaped diamond coated sharpener for maintaining your straight and serrated blade, fire-starting Ferro rod, and an emergency whistle.
Stay ready for the expected (and unexpected) no matter where you are with everything you need right on your belt.
Features
All Locking Features
Replaceable Pocket Clip
Outside-accessible Features
One-hand Operable Features
25 Year Warranty
Measurements
Blade Length: 2.73" (6.93 cm)
Closed Length: 4.5" (11.43 cm)
Weight: 7.5 oz. (213 g)
Made in the USA

The original Leatherman tool was called the PST, or known as the Pocket Survival Tool. Eight years in the making, the PST comprised of 13 different tools and folded up into a five ounce, four inch toolbox. In the first year of business, Tim and Steve hoped to sell 4,000 tools; instead, they sold 30,000. And over the next decade, they would sell over one million PST multi-tools.